The FirstRand Empowerment Foundation (FREF) was established in 2005 as part of the FirstRand Broad-Based Black Economic Empowerment (B-BBEE) transaction. The parties to the foundation are FirstRand Limited, FirstRand Bank Limited, Kagiso Charitable Trust, The WDB Trust, WDB Investment Holdings (Proprietary) Limited, Mineworkers Investment Trust and MIC Financial Holdings (Proprietary) Limited. The founding objective was to facilitate the transformation of FirstRand through the acquisition by the BEE beneficiaries of a meaningful equity interest in the group.

The majority of trustees are black persons as defined in the Financial Sector Charter.

The B-BBEE transaction vested in 2005, and following its vesting, FREF has a significant unencumbered endowment of FirstRand, MMI and Discovery shares. The dividend income on these shares is used to address poverty, unemployment and inequality through systemic social investments in the education sector. Specifically, FREF’s mandate is to provide, promote and fund educational development in relation to disadvantaged South Africans, particularly but not limited to, employed in the financial services industry.

The FirstRand Empowerment Foundation takes a proactive approach to identifying social investment opportunities. The foundation works with potential partners to co-design proposals and initiatives that have clear systemic possibilities. With this in mind, the foundation does not have open calls for proposals. 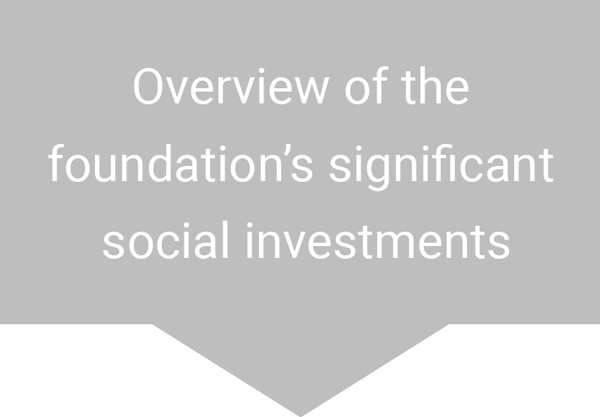 Works in partnership with the Department of Basic Education (DBE) and aims to support improved learner outcomes through the increased quality, availability, analysis and use of education data.

Since 2016, FREF has invested almost R40 million in the initiative. The PSP pilot is currently operating in two provinces and 16 schools.

The Kagiso Shanduka Trust (KST) aims to support the development of more than 300 schools in the Fezile Dabi and Motheo districts of the Free State, as well as build the capacity of the district itself.

The Nal’ibali Trust is a national reading-for-joy campaign established in 2011. It is built on simple logic: that a well-established culture of reading can be a game-changer for education in South Africa.