The Scariest, creepiest, eeriest places in the world

No cheap thrills, here. No silly alleged ghost sightings, or exaggerated local legends, or commercialized rumours. Just creepy, eerie and scary. Places that actually exist that prove you don’t have to be superstitious or gullible to have the hair stand up on the back of your neck when you visit them. For me, these seven have always stood out. Some are natural phenomenon, some are rendered weird by human folly or social trends turned dark. Whatever the reason – these are places that – reasonable explanations aside, still make me feel like I’m not convinced. I can take no comfort in scientific rationalizations or sceptical reassurances. I know – as surely as I know anything – that these places shouldn’t be – and yet they are. 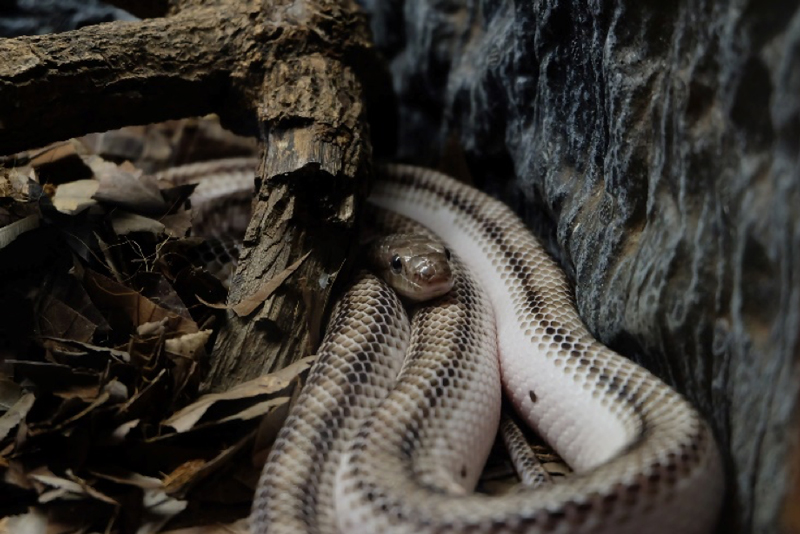 Photo by Khayka May Daud.

Call me prejudiced, but I don’t like snakes. I just don’t. Poisonous or not, something about them, the way they slither perhaps, or the way their tongue darts into the air like daggers, just creeps me out. So if you asked me what would be my worst nightmare, I’d say a 106 acre island just off the southern coast of Brazil qualifies. Ilha da Queimada Grande – sounds like something from a horror movie.

One snake every square meter. And none of those harmless one’s either… Golden Lancehead Pit Vipers. Endangered, but not so much on this piece of real estate, where they slide all over each other. 430,000 snakes on an island small enough to photograph entirely from a boat. Nothing but rocks and rainforest, protected by the Brazilian Navy, to keep the humans or the snakes safe, I’m not sure which.

They writhe together, feeding on birds, feeding on whatever meagre life remains, feeding on themselves, and no doubt feeding on me if I’m ever dropped there by some vengeful former romantic interest. Nope. No thanks. You keep that all to yourself, I won’t be visiting. 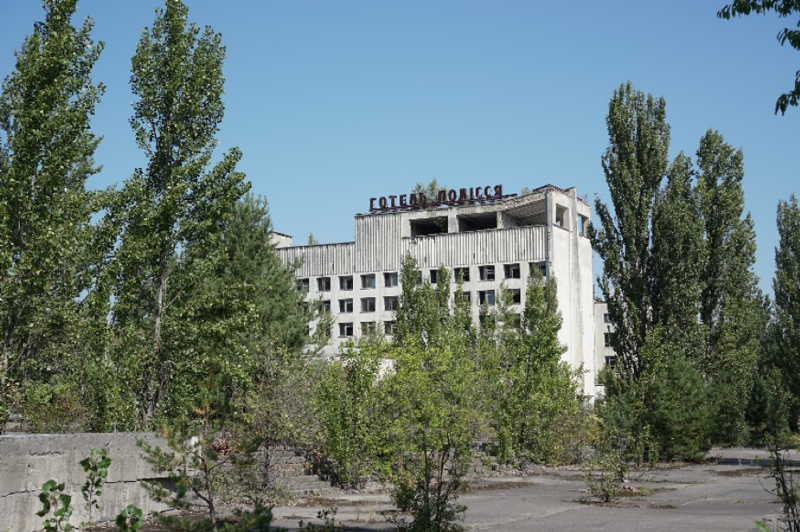 By itself, Soviet architecture ain’t pretty. Drop yourself off in a conglomeration of concrete boxes, and that’s bad enough. Add to that the fact that the place, home to over 40,000 souls at its height, now doesn’t have a soul in sight. Because this place in Northern Ukraine was the site of the Chernobyl disaster.

I’ll admit, I’m terrified of radiation. I don’t even like getting x-rays. I also don’t like the idea of radioactive wolves, which I read about in one of the darker chatrooms on the less than mainstream internet. I also don’t like that ferris wheel people usually show you when they talk about the place. No. It’s the emptiness. The dirty, abandoned hallways and rooms where life was suddenly interrupted and left.

It had malls. It had a swimming pool. It had 160 apartment blocks. It still does… it’s all still there, just waiting for tourists to be taken there by local guides who swear it’s safe, at least, safe enough… and yet still smile at you like they know something you don’t. 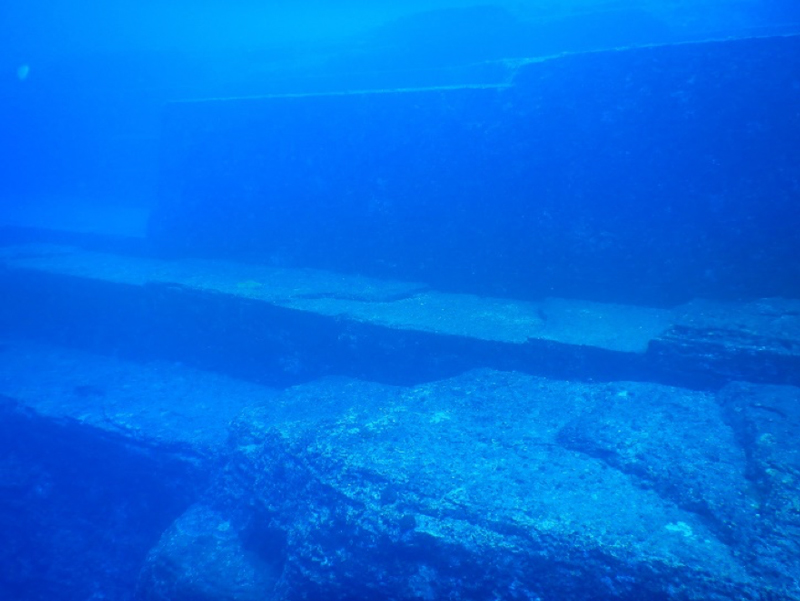 Something doesn’t add up. It’s a natural, most geologists say. They say it enough to sound, well, desperate. Pseudoarcheological claims, they call any statement that the place was man made. But take a dive and you tell me… does that look like terraces to you. Masaaki Kimura is himself a scientist, believes he can identify a pyramid, roads, castles, monuments and a stadium.

Down there, you can’t run like you can on the surface. You are floating, attached to a limited supply of oxygen, among strange formations that do not look like any natural formations I’ve ever seen. You see these structures looming around you… and you know you’re swimming somewhere you shouldn’t be.

Add to that the story of its discovery. Discovered, by accident no less, by divers. It was a popular spot, despite very harsh currents and the presence of a great many hammerhead sharks.

You call it natural all you like. There’s something about the whole place that fills

Mexico City. Big, noisy, colorful. And then, in the South, is a little island. A little girl drowned. The island’s then owner, Don Julian Santana Barrera, placed dolls all over the island because he believed they kept her spirit away. He swore he could see her and hear her cry out “I want my doll.”

Then, he dies of a heart attack.

Then the locals started pitching in. Placing dolls all over the place. And in time, they deteriorated, rotting, misshapen. Dolls attached to buildings and trees, covered with insects and cobwebs.

Some rowers refuse to go to the island.

Now… you can say you don’t believe in the ghosts of little girls (what is it with little girl ghosts, anyway?) But take a stroll. And then, prove the courage of your convictions… stay over. Make a night of it. Let the sun go down and the moonlight filter through the trees with all those thousands of eerie dolls staring at you. And then convince yourself you don’t hear, hidden beneath or perhaps carried on the wind, a tragic figure ask – then perhaps demand – that she wants her doll. And if you can do that, then I’ll buy it doesn’t freak you out. 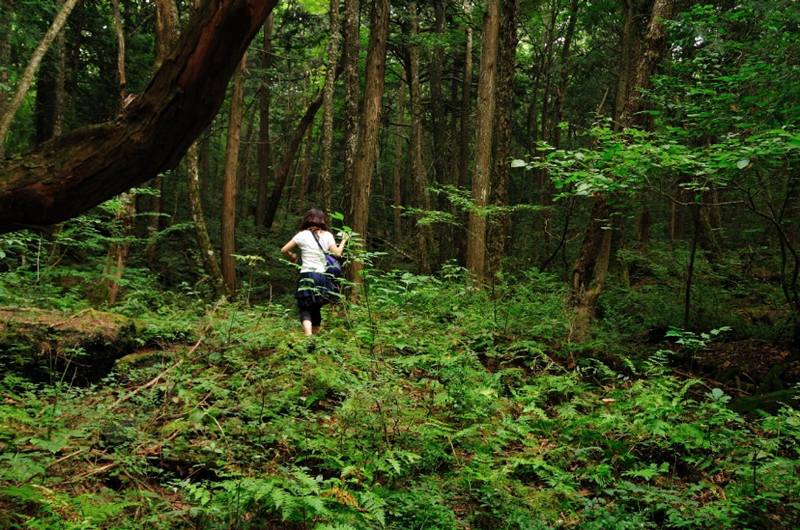 Thirteen and a half square miles, a place so overgrown and thick with trees that it’s known as the Sea of Trees. The footing is uneven, it is rocky, there are branches all over the place, there is very little wildlife, and the foliage is so thick there is no wind. The silence seems to swallow you. Emptiness. And then the knowledge that 105 bodies were found in 2003 – dead at their own hands. 78 in 2002. In 2010, 200 people tried – 54 completed the act. In fact, the place is searched for suicides every year since 1970.

Legend has it that the forest is home to the ghosts of the dead, the yurei.

Now look… the place may well be more tragic than scary. Japan has a very high rate of suicide. But that so many would choose such a place, so consistently, is bound to make you wonder. Why here? The novels and the horror movies gave the place international notoriety, but the suicides predate the media coverage.

I think I’ll stick to Mount Fuji itself. I can’t bear the thought of walking along that enveloping silence, then to hear a scream pierce the air because someone found another body. 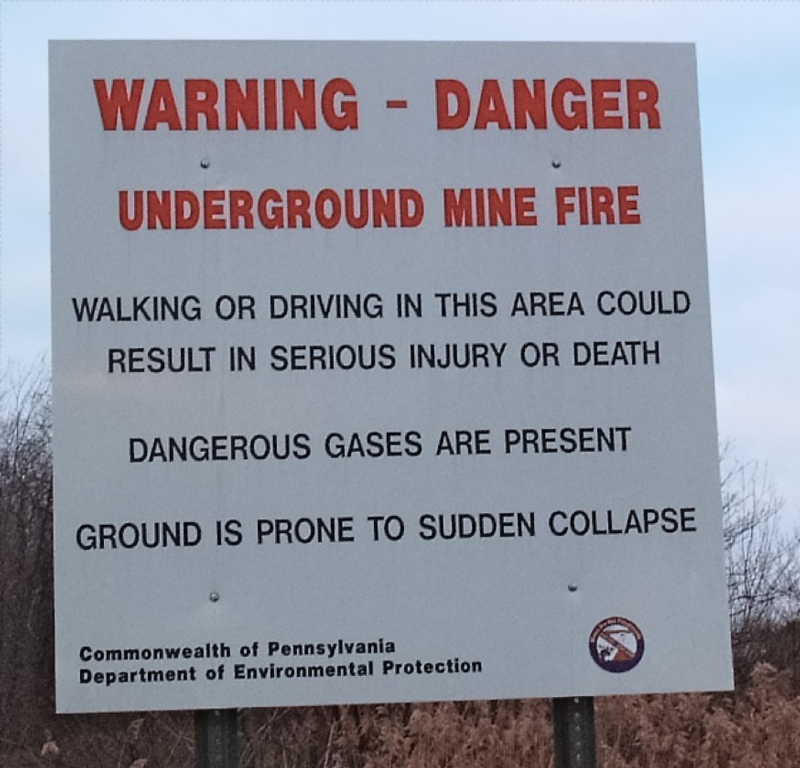 Small town, Pennsylvania. Very small. Salt of the earth types, mining for coal. The story of at least a thousand American towns. Then, in 1962, the labyrinthine tunnels beneath the borough caught fire – and that fire rages to this day. At first, just the flames. The fire travels beneath the soil, in tunnels and caves. The gas station fuel tank measures at 77.8 degrees Celsius. A 12-year old boy is swallowed by a sinkhole, rescued only by his cousin. From that sinkhole emerges lethal doses of carbon monoxide.

The case gets national attention. The government pays out cash to citizens so they can move. The postal service completely discontinues the ZIP code. The government reaches a deal with remaining residents – they will be allowed to live out their lives there. After that, eminent domain.

I think I’d have the same reaction as those folks who move into haunted houses like Amityville. I’ll move far, far, far away – without being asked twice.

The Gates of Hell, Turkmenistan

More touristy than my previous mentions, but sticking with the theme of fires that won’t go out – this one burning since 1971 – the Darvasa Gas Crater in Turkmenistan.

A collapsed natural gas field, Soviet engineers intentionally set it on fire to prevent the spread of methane gas. And it’s been on fire ever since.

70 meters in diameter, and completely explained, there is something about standing next to a piece of sand that is burning that nevertheless makes it eerie. You can stare into that fire and wonder about a lot of things – heaven, hell, and mankind’s choices making the earth one or the other.

During the day, during the night, like a second sun burning from an upside down world.

I’m sure Turkmenistan isn’t the highest on the world’s most popular travel destinations – but those who do go, may see a crimson eye looking back at them when they sightsee in the Karakum desert.

But like, you know, how did it take over the language?